The cupping was locally observed and was found to be underneath the bedroom window. This finding confirmed my hypothesis that there could be a water infiltration from what I had gathered earlier during the exterior inspection. 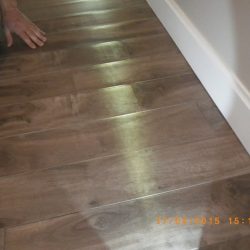 The house was just a few months old and more work was needed with the landscape. When outside, I noticed that the ground behind the house was sloping towards it. Signs of surface ground erosion and standing water were also noticeable. Those were the first signs that told me there could be something wrong with other systems or components of the house. The grading immediately around a house needs to slope away from it to avoid water accumulation around the foundations. Too much surface water seeping along the foundation wall will overcharge the perimeter drain around the footing, thus leading to possible infiltrations. While the primary role of the perimeter drain is to get rid of rising groundwater that could be pushing against the slab and finding its way in from underneath the walls and every other crack in the slab, the drain can easily be overwhelmed from the surface water. This is also why downspouts cannot be connected to the perimeter drain and must direct water away from the house.

The bedrooms windows in the basement were equipped with window wells. Upon inspection of the wells, I noticed that sand was leaking in from the sides in one of them. The drainage column was not properly installed nor protected from debris and a fairly good amount of sand could also be seen at the bottom of the column. 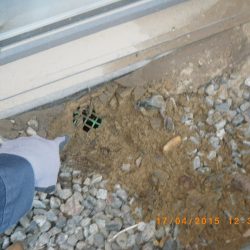 Window wells are important components of the drainage system. They need to be properly anchored to the foundation and sealed to avoid infiltrations from the sides. Poor surface drainage and an inadequate window well installation make for the perfect combination for water infiltrations. Those telltale signs were confirmed when the cupping was later discovered.

The bedroom floor needed replacement. Proper grading of the soil was also needed along with a proper reinstallation of the window well and the drainage column. Verification and cleaning of the perimeter drain were also required. Those things are, of course, not to be expected in a brand new house but we never know. The source of a floor trouble can often be linked to another problem that comes from outside. Which was the case in this situation. 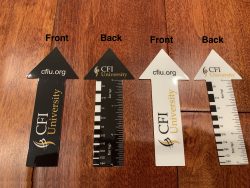 The CFIU Glass Tile course was informative, educational and detailed in the requirements of installation procedures and determinations. The visual photos present were especially useful in understanding what is expected in the performance of the product. Jeff Emanuel
813-652-2436
Contact Jeff
Website 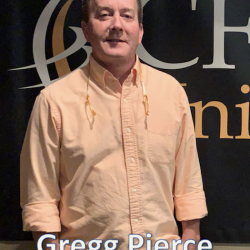 That was a great training class in Myrtle Beach. I like the way that the “not so fun” necessary stuff, like testing can be done on my own time and at my own pace. The stuff you can’t learn very well from just reading, like communicating with the clients and report writing, was covered thoroughly… Read more “Great training class!”

Great course. Lots of need-to-know information to do an LVT inspection correctly. For the money, you can’t beat it. Even if you’re already an inspector like myself it’s always good to go back refresh your knowledge. Alfred Coates
434-944-5350 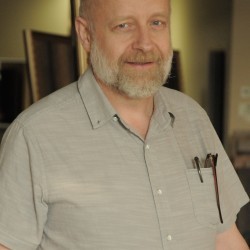 As a flooring inspector with 12+ years of experience and multiple certifications and updates, I still find the instruction methods, reference materials available online and ongoing support from CFIU to be of great value! This is a group of awesome instructors who know the importance of their students really learning how to inspect floors! One… Read more “Awesome Instructors” 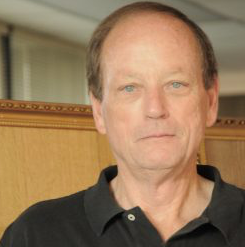 Testimonials from other inspectors are spot on. Linda and Ricky, the heart and soul of Certified Flooring Inspectors University, are truly THE professionals of the flooring industry. After completing their classes you will learn how to inspect, how to write reports, and about tools. It will help you perform a more professional inspection. You will… Read more “Best Ever” 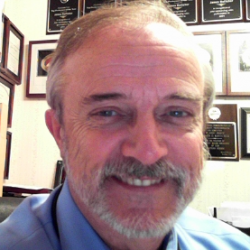 I must admit, looking over the manuals for each product segment was a bit unnerving. I’ve been inspecting for many years and also am the Technical Director for a large flooring distributor. The depth of the information that includes (in the wood segment) math, knowing how to calculate using the coefficients was actually entertaining; it… Read more “Fantastic Tests” 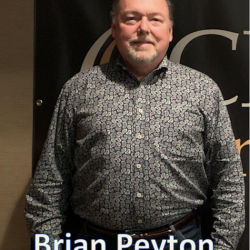 I took some time to write about my experience with CFI University, simply because over time I have come to respect what people and companies actually do on a consistent basis, not what they tell me they will do upfront. CFIU did exactly what they said they would do and more.  They were thorough and… Read more “Best Path to become a WORKING Inspector” 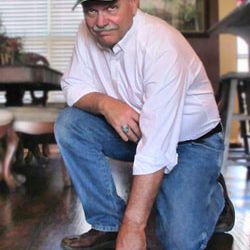 It is my pleasure to recommend the CFIU Ceramic Tile Course to my fellow inspectors. I found the online course to be both informative and timely. The CFIU staff was both helpful and supportive. Thanks! Michael Longshore
Denton, Texas
940-902-5880
Contact Michael

They are my ” Go To Mentors” 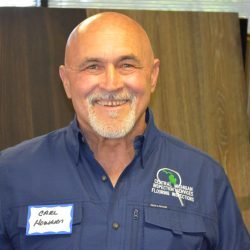 It is with great pleasure that I endorse Linda and Ray and their new organization; CFUI, Certified Flooring Inspectors University. I have known both for many years and can testify to their integrity and expertise. Having attended many of their training courses in the past years I have grown to know them both as true professionals… Read more “They are my ” Go To Mentors””

Not just another Diploma/Certificate mill

CFIU teaches you how to perform an inspection, not just basics and terminology. Other schools offer courses which are the bare minimum required to be able to put the “certified” in front of your name, take your money and send you out the door with a “good luck” and “goodbye”. CFIU teaches real-world, practical skills.… Read more “Not just another Diploma/Certificate mill”

The training and courseware offered by CFIU is top notch

In my role as claims manager for Emser Tile I have arranged for hundreds of inspections.  The training and courseware offered by CFIU is top notch and will provide flooring inspectors the foundation they need to succeed. Jeff Hartke, Emser Tile Claims Manager
Emser Tile

I have been to several classes in the 10 years of my inspection career. There are a few classes that really stick out and this is one of them. The speakers and teachers are very informative. Anytime I need help with something, I get an answer or a callback. They don’t just give you answers… Read more “Very informative”

CFI University is behind me supporting me through the process. They are a partner. After completing, the CFI University Carpet Inspector’s course, I now possess the understanding of a myriad of carpet related issues. More importantly, CFI University’s training has given me the confidence to implement this new skill. I have no fear or anxiety walking into an inspection. If I find myself confronted by an issue that I… Read more “CFI University is behind me supporting me through the process. They are a partner.”

CFIU teaches you the information you need to succeed 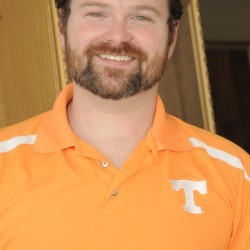 For the past several years we have seen a dramatic change in the data collection and reporting from inspectors that Linda and her team have trained. Their approach to teaching inspectors “how to inspect” has had a positive effect with inspectors going through their training classes. Her teams approach to training does not mask as… Read more “Real in the field scenarios that prepare the inspector with the proper skills” 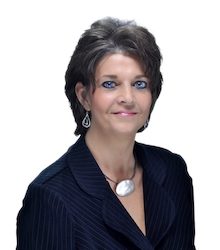 I’ve been in the flooring industry since the early ’80s and this university is one of the best education courses I’ve received to date. The online courses are very helpful with the technical information that’s needed, but their focus is also on helping us understand the necessary tools and unbiased fact gathering that’s needed for… Read more “Excellent & Passionate Training”

Best Training and Partners EVER 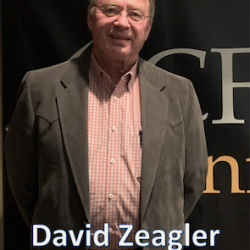 I started my inspection career after 39 years of being a manufacturers’ rep, which included looking at flooring, installation, and substrate issues. Linda and Ricky have directed me into this new, and different aspect of flooring and substrate problems with the best, most thorough training. I quickly realized the importance of good training and helpful… Read more “Best Training and Partners EVER” 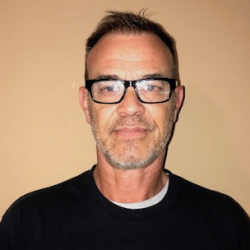 The Luxury Vinyl online course was excellent. You have it put together very well! I plan on continuing with the other courses you offer. Very impressive. Also, I received the arrow/measure comparators today.  Thanks for getting those out so quick.  They will be a big help with photos on future inspections.  I had been on… Read more “The Luxury Vinyl online course was excellent.” 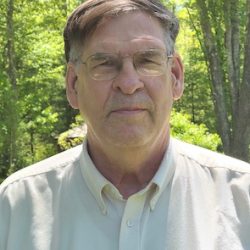 This term means to change the position, direction, or focus of. Having been part of another certifying body since 1994, I realized the time had come to “switch”. I was not receiving the value for the membership fee they expected me to pay. Having known Linda Lockwood for a long time, I decided to give… Read more “Switched!” 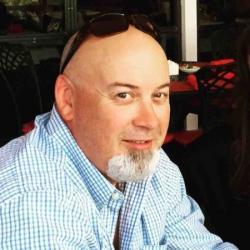 You’ve made the right decision if you are looking for a flooring inspector training program that will present you with unmatched training and priceless support after the training has ended. The years of experience the CFIU trainers bring cannot be duplicated. The courses presented before and during training are top notch and thorough. The owners and trainers… Read more “You Can’t Go Wrong” 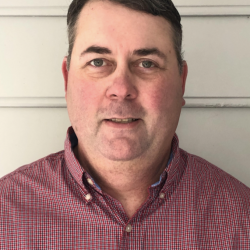 I want to thank Linda, Ricky, and Eric for the great work they did in providing a well organized and informative training class from start to finish. I don’t think you could ask for a better group to get you where you need to be in the floor inspection field. They have continued to answer… Read more “THE EXPERTS!” 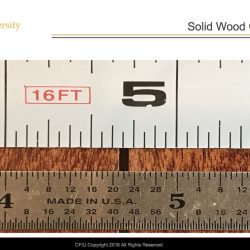